What a difference a few centuries make! Wine production on the Canary Islands is a perfect example of that.

Dating back more than 500 years, Canarian wine production flourished after the archipelago’s 15th-century conquest by Spain. Because of the islands’ position as the last port of call before the vast Atlantic crossing, local wine was in big demand here: the explorers needed to stock up and fortify themselves for the voyage!

By the reign of Queen Elizabeth I, Canarian wines were among the most coveted wines in the world. William Shakespeare is among the many writers of the era to have mentioned Canary Islands wine (most notably in Twelfth Night, when Sir Toby Belch asks, “Oh knight, thou lackest a cup of canary: when did I see thee so put down?”), and the Bard himself is said to have been paid in part with a barrel of Malmsey from the islands. In fact, so popular were the wines of Tenerife among the British that winemakers in Garachico staged a Wine Rebellion in 1666, pouring their treasured vintages down the city streets rather than yield to the British monopoly.

As in fashion, however, tastes in wine change over time. By the 18th century, European aristocracy had embraced the wines of France and Portugal, and the wines of the Canary Islands slipped into obscurity. Today, wines from the island group are practically unknown in the U.S. Thanks to support from Spain and the European Union, however, the wines of the Canaries are undergoing a renaissance: with more modern winemaking technology, improved quality, and sophisticated marketing, they are making a comeback and have even begun winning prestigious international wine awards.

Among the factors that make Canarian wines so distinctive are grape-growing conditions that are unique in Europe. Here, you’ll find the most tropical of Europe’s wine regions, as well as the highest vineyard slopes. Additionally, because these islands are isolated from the mainland, they were spared an infestation of the deadly aphid phylloxera that devastated vineyards throughout Europe during the late 19th century. European vines were regenerated by grafting them onto phylloxera-resistant rootsocks. But because they were never grafted onto other rootstocks, Canarian vines are ancient, producing rich wines that are distinctive in their flavors and aromas.

Another unique feature is the grapes themselves. You won’t find much Chardonnay, Cabernet, or Syrah grown here. The most common red grape cultivated on the islands is Listán Negro, which produces a fresh, peppery wine. Negramoll, Baboso Negro, and Tintilla are among the other popular red varieties.

White-wine varieties produced here include Listán Blanco, Moscatel, and Verdello. And while the sweet, heavy Malmsey wine so prized by the Elizabethans fell out of favor long ago, the Malvasia grape on which it is based continues to thrive — particularly in the volcanic soils of the island of Lanzarote, which earned a DO designation (denominación de origen, signifying that high standards of regional production have been met) late last century. Today, each of the Canary Islands of La Palma, Gran Canaria, El Hierro, and La Gomera has also earned its own DO.

It is Tenerife, however, whose wines earned the Canary Islands’ first DO, and the island remains the archipelago’s primary wine producer. There are now five DOs on Tenerife alone, populated by more than 70 bodegas and many smaller producers.

The largest — and first — of Tenerife’s DOs is Tacoronte-Acentejo, whose lush vineyards carpet the slopes of the Anaga Peninsula on the island’s northerly coast. Red wines rule the region, known for its cooling Atlantic breezes and high altitudes. High altitudes also abound on the island’s west coast — the Ycoden-Daute-Isora appellation, where dry white wines are made from Malvasia and Listán Blanco grapes grown on the slopes of Mount Teide.

The Valle de La Orotava DO is located on the island’s north coast, between these two powerhouse regions. With vineyards dating to the Spanish conquest of the 15th century, it is Tenerife’s oldest wine region. Although it does produce the Pedro Ximenez grape favored in Spanish sherries, this appellation is best known for its red wines crafted from the Listán Negro, Negramoll, and Tintilla grapes.

Abona and Valle de Güimar are the DOs of Tenerife’s southern coast. Abona is home to the highest vineyard slopes in the European Union, with altitudes as high as 5,250 feet. Known primarily for its white wines, Abona produces some of the finest wines on the island. Vineyards on Valle de Güimar sometimes reach nearly as high (up to 4,920 feet), producing dry, semi-dry, and fruity whites — primarily from the Listán Blanco grape— as well as Malvasias in dry and traditional sweet styles.

Wine lovers know that regional cuisine is best when paired with a wine that is also from the local area. When you visit Tenerife, be sure to take advantage of the opportunity to enjoy your meal with delicious local wines that are virtually unavailable in the U.S.!

Tradition and Taste: Canarian Food and Wine on Tenerife 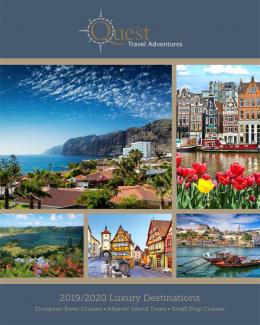 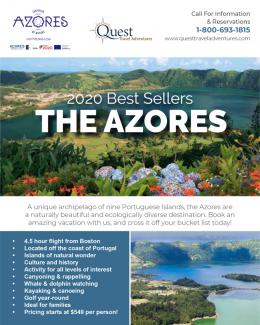